Be Dynamic, Ride the Waves 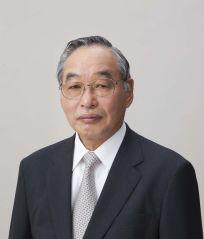 Taking over the legacy of former president, Takashi Kubota, I have been appointed President of The Society of Chemical Engineers, Japan (SCEJ) for the year 2013. As new president, I will exert myself to the utmost for the growth of SCEJ, succeeding to the intention of successive presidents who have endeavored to actively contribute to the prosperity of SCEJ. I would be grateful if the directors and member of SCEJ would kindly extend your cooperation and support to me in my new role.

At present, the new and great waves are globally breaking through in the energy sectors, with which the chemical engineering is deeply connected. The tendency, in the expeditious manner, toward the commercialization of the unconventional national resources such as shale gas and shale oil as well as the further promotion of the renewable energy in conjunction with the trigger of the nuclear energy crisis, has had the concrete influence on the global energy supply including Japan, in such ways as the reformation of the conventional structure and the rapid formulation of the relevant regime.

Furthermore, Japanese enterprises have been making active use of ICT, with the governmental support, for the projects, optimizing energy consumption to realize next generation urban planning- “smart cities” and “eco cities” in the emerging countries such as China and other Asian countries, where the rapid economic growth and urbanization have been prevailed.

Amid these waves of major change in the energy industry, I truly feel that the more expectation than ever has been given to the chemical engineering, which does have an advantage of its systematic approach. At the same time, in “ Vision 2023”, SCEJ aims to function as a benchmark for the technology innovation based upon the cooperation between the industries and the academic organizations, and this function will more importantly attract public attention for coming years.

In 2013, SCEJ will be mainly advancing the following four measures:

All of these, I believe, should require the immediate action, under the circumstance that the role of chemical engineering has been globally recognized.

Needless to say, in order to promote worldwide the realistic and dynamic approach based upon the cooperation between the industries and academic organizations, it would be essential to promote the training and education of human resources and the international interchange.

At the same time, it will be necessary than ever that SCEJ should make full use of its advantages to try to challenge on the outstanding issues on the global scale and then proactively transmit its outcome.

It will be also required that INCHEM TOKYO 2013, which would be an opportunity that SCEJ could appeal its activities in a concrete manner, should be successful.

In the global society, we Japanese have the excellent and proud competency such as faithfulness, sincerity, responsibility etc. On the other hand, we Japanese have also the character of humility that could be negatively evaluated. As a tendency, reservation comes first, followed by the fact that we will not speak up our own opinions as much as we have liked to and easily go along with the majority. It could be evaluated that such characteristics of our culture would cause us to be laid behind in the global arena. In other words, if we say only a few words and cannot properly transmit our thoughts to foreign nationals, then it would happen that they cannot understand our views and opinions.

I believe the chemical engineering engineers should be proud of their basic knowledge covering extensive elemental technologies. If we combine this basic knowledge and Japanese competency I mentioned above, it will be no exaggeration to say that we Japanese would have more advantages than those of foreign nationals. Therefore, I think we will see the best results if we make sure that young engineers are placed in an environment where they have a chance to interact and debate with engineers from foreign countries on a routine basis, so that they learn how to express their own opinions in a consistent, persuasive and forthright manner.

If we educate engineers of our next generation from the very beginning, emphasizing that silence is not golden at all and keeping silent is a sort of prohibition, then I believe we can foresee a bright future of the chemical engineering.

Therefore, through this year 2013, let us together endeavor in such manners as,