Challenges for the Future 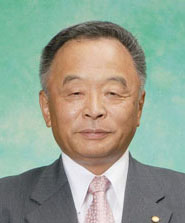 One year has passed since the March 11 Tohoku Higashi-Kanto Great Earthquake and Tsunami. Described as one of Japan’s worst in history, nothing could be more striking than the presence of strong bonds among the citizens who expanded the circle of support in the face of such devastation. Although the following reconstruction efforts have been slow and have made little progress in today’s drifting political climate, after the completion of the budget, we anticipate that reconstruction work will start increasing quickly.

On the other hand, while the current circumstances of Japan, sometimes referred to as the Lost Two Decades, in addition to its critical financial condition, show no signs of improvement, Japan is faced with the contraction of domestic demand due to a decline in the population of productive age groups, the so called population onus, and the historic appreciation of the yen in the wake of the recent economic crisis in the euro zone, which is accelerating the overseas expansion of Japan’s manufacturing businesses on a grand scale.

In consideration of such circumstances, I think Japan is in the midst of major innovative changes to the structure of its politics and economy, which have been embraced since World War II. Furthermore, the global population is now at the seven billion mark, and the restrictions of the Earth’s recourses and environment are beginning to threaten the continued existence of all humanity.

Amid the major changes in the world, we can also expect changes in the academic world. For those of us who participate in the Society of Chemical Engineers, Japan (SCEJ), now is the time for joint efforts between industry and academia and to earnestly consider our goals without having each individual insist on the passage of a previous agenda. Although there will be controversy, the SCEJ offers an excellent practicum as its origin and (1) aims to create the most suitable system on a global level by re-examining the energy necessary to promote socioeconomic activities from the aspect of supply and distribution. (2) To realize our aims, the SCEJ will deepen the exchanges between foreign countries and deploy international collaboration or divisional cooperation in earnest. (3) Domestically, since the creation of new industrial fields requires more urgent attention than the existing industrial structure due to Japan’s low birthrate and aging society, the SCEJ will systematize the structure while capturing the extensive chemical engineering domain. These three points are very challenging but represent the most urgent tasks of the SCEJ.

Despite the country’s absence of natural resources and its primary manufacturing businesses relying on imported raw materials, Japan has become an industrialized power with world-class technologies to develop high-level energy conservation techniques to supply energy for the manufacturing industry and civilian sector, even after overcoming two oil crises, as well as a high-density energy supply infrastructure that was constructed to accommodate a population of 100 million on its narrow land surface area.

The ongoing global issues of an aging population, a flood of information, a rapid increase in population, and the advancement of urbanization are inevitable; consequently, the competent abilities of chemical engineers can indeed help create an overall system suitable for socioeconomic activities while developing elemental and integration technology contributing to the evolution of manufacturing techniques. This is also the ideal field for Japan and the Japanese to be reappraised for their low global presence. Given the prospect of the nation’s future, we must ensure technological evolution in this manner and always remain active on the frontlines in the world.

In assuming the position of chairperson of the SCEJ, I would like to ask each member of the SCEJ to reflect on the significance of relating your expertise to other fields and to consider how you can make a social contribution from the standpoint of a chemical engineer, research engineer, and technical engineer in order to meet the strong demands of the business community, so that we can contribute to the rehabilitation of the chemical engineering domain and the country itself.